Ferguson Hill is a British designer loudspeaker specialist. Founded in 2003 by former aeronautical engineer Tim Hill, the company arrived on the hi-fi and audio scene with the design, manufacture and launch of the groundbreaking FHOO1, the world’s first ever front loaded horn dipole loudspeaker. The independent UK company is recognised for its high end horn loaded loudspeakers and hi-fi components. Ferguson Hill now distributes to over 30 countries worldwide.

Timothy Hill
BSc Aeronautical Engineering, has worked for British Aerospace, Edgley Aircraft, and Page Engineering. Timothy is a musician, acoustic guitar Luthier, and founder of Ferguson Hill and is the main designer of our award winning speaker systems.

David Wright
An expert in valve and transistor amplifiers, and all round expert in all things electronics, acoustics, material physics, and HiFi. David worked at the National Physical Laboratory for many years on applied Physics research and has also been an electronics lecturer.

Vincent Cheng
Masters Degree in Economics, and Diploma in Computer Science, Senior sales engineer at Meiloon Industrial Ltd. Vincent is the head of production coordination and has worked with Ferguson Hill on many products for 7 years now.

Piers Miller
Head of communications and marketing here at Ferguson Hill. Piers has been a musician, promoter and manager on the music scene in Camden Town and now heads up the marketing and social media at Ferguson Hill Studios.

Steve Somerset
Formerly of Godley and Creme's Medialab, Steve is an artistic polymath. he has combined his creative output as an artist, photographer and music maker with a successful career as a freelance video maker. 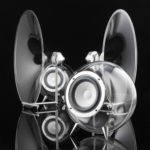 "Ferguson Hill may not be a well known name to many readers or the general public, but I remember ... END_OF_DOCUMENT_TOKEN_TO_BE_REPLACED 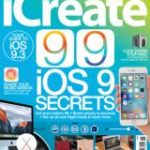 The new updated FH007 mini speaker system has been reviewed by iCreate magazine. They say: "As soon ... END_OF_DOCUMENT_TOKEN_TO_BE_REPLACED 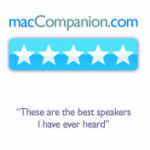 Read what the press say about the FH007 mini speaker ... END_OF_DOCUMENT_TOKEN_TO_BE_REPLACED 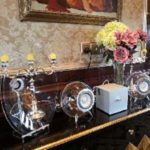 Yosemine Audio, our distributers in China, have been busy spreading the word about Ferguson Hill ... END_OF_DOCUMENT_TOKEN_TO_BE_REPLACED